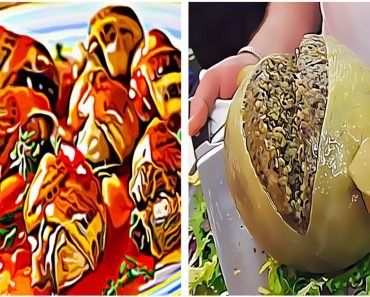 hey, parents, we know you mean well but here are 18 harmful foods you should stop feeding your kids so you’re going to be late for work, Your kids need to be ready before the school bus arrives time is running out but the grumpy faces at the table compel you to whip up a quick breakfast to prevent a meltdown you toss cereal and a box of pop-tarts onto the table yeah does this scene look familiar do you want your kids to settle for unhealthy food choices,

That they are likely to repeat as they become older the struggle is real especially when both parents work however it is important to teach children at a young age about the foods they must avoid to foster a healthy and balanced diet.

We at Picknova will help you pinpoint the foods that are harmful to children as well as wholesome alternatives so here we go.

juice oh that shocking isn’t it this fruity drink is popular among all children they are convenient and come with brightly colored packages but this is where the advantages of packaged juice and a glass of juice contains 5 to 6 teaspoons of sugar the dissolved sugar immediately gets absorbed into the bloodstream which is bad for the metabolism of carbohydrates.

The American Academy of Pediatrics recommends eating fruit instead of drinking juice thanks to the fiber and fruit the juice is absorbed gradually you could also try to get your children to drink freshly squeezed juice or a smoothie.

Yogurt, Now to choose a healthy yogurt you need to read the ingredients written on the label most importantly don’t buy yogurt products that are not stored in a fridge but on open shelves as these can be dangerous.

Try to buy natural yogurts instead of sweetened ones yogurts with fruit contain a lot of sugar fat and calories which all lead to children becoming overweight it also increases their risk of getting diabetes.

Cereal Flakes, Muesli and other similar cereals look very healthy in commercials and the spokesperson always claims that they contain a lot of vitamins and minerals, in fact, these foods don’t contain any nutrients what they do contain is a lot of sugar all the healthy elements of corn wheat and oats are removed during production.

(Botulism) is a rare and potentially fatal illness caused by a toxin produced by the bacterium Clostridium botulinum. The disease begins with weakness, blurred vision, feeling tired, and trouble speaking.

Great now isn’t Grape A Fruit? why did we include it in this list? grapes contain the vitamins and minerals that children need but there is a reason why children shouldn’t be allowed to eat them.

They are large and slippery and a child could choke on the grapes are also very difficult for a child’s digestive tract to process bananas are a great replacement for children younger than two years.

Children’s Multivitamins, Vitamins are a pretty controversial topic the thing is parents often rely on their knowledge and experience instead of consulting an expert which is completely wrong and can even be dangerous for their children’s health and well-being no matter how harmless animal shape vitamins look.

They should only be prescribed by doctors children should get their necessary vitamins from fruit and vegetables in which case there will be no need to give them supplements.

Milkshakes, Faced with a choice between a soda and a milkshake any parent would most certainly choose the milkshake but it turns out that they’re just as dangerous as soda and contain a lot of fat and sugar you’re killing me here.

Well, the latest research says that drinking such a fatty drink regularly can lead to the development of cardiovascular disease this is dangerous for adults let alone children all right I’ll cut down on the milkshakes.

Fast Food, Don’t introduce your kids to adults favorite but unhealthy foods french fries burgers and pizza this trio is a lifesaver for those who are always on the go but not for your kids!

They are loaded with salt, sugar and saturated fat when consumed regularly this deadly trio could cause obesity high cholesterol and cardiovascular diseases.

Coffee, Now this might already be on your list, but you still might be asking yourself why is it not safe for kids to drink coffee? well, there are a number of alarming reasons revealed by Tony Amador of Health Line.

She says caffeine which is an ingredient in coffee could affect calcium absorption and this might weaken their bones to make it worse adding sugar or cream could lead to weight gain and cavities.

Soda, another type of beverage you shouldn’t let your tots take in is soda this uber-sweet drink contains calories artificial sweeteners and caffeine all of which erode tooth enamel and cause mood swings If you want to avoid child hyperactivity from that sugar rush as well as wrestling with them to visit a dentist.

Steer them away from soft drinks exchange them for water instead, later on, we’ll tell you about another drink you shouldn’t ever give your child yep it is worse than coffee soda milkshakes and juice combined let’s move on to 8.

Processed Meats, We often see this type of food at ballgames fairs carnivals and on the dinner table, Processed meats like hot dogs bacon and Bologna are rich in sodium and saturated fat however when consumed daily and in large amounts, they may increase the risk of heart disease diabetes high cholesterol and spikes and blood pressure.

Make a healthy switch to hotdogs made from turkey and chicken or try uncured mates now you won’t be branded as a party pooper.

Chicken Nuggets, Oh no we can almost hear your kids whining but mom! yes, they’re crunchy tasty and they come in fun shapes but don’t be fooled by the colorful packaging they must go because they’re packed with preservatives calories salt and a bit of sugar.

Potato Chips, We’re letting the chips fall as they may under the junk food category and we’ll tell you more about that later potato chips contain loads of sodium and fat chips should never land in your grocery basket.

And they should stay out of your child’s life as well what if they crave them well substitute chips for baked sweet potato fries dipped in Greek yogurt mm-hmm.

Ketchup, huh surprising right! This popular condiment for kids is made from sugar corn syrup food coloring and extra fat.

How about tomatoes sadly it doesn’t contain much of the red pulpy fruit swap it with Greek yogurt or hummus for a nutritious alternative.

Mac And Cheese, Ahaa that boxed macaroni and cheese your kids love this easy to cook meal contain sodium food preservatives and noodles stripped of fiber the same goes for canned spaghetti and ramen and plastic packages.

Of course, you don’t want to torture your children by taking away their favorite snack as a compromise why not try making your own whole-wheat pasta with a sauce made from natural ingredients.

Canned Goods, Because of the busy world we live in people invented processed foods for the sake of convenience the main examples are canned goods such as soup tuna and corned beef among the three children must keep away from canned to why?

It contains high levels of mercury which is dangerous for their health let’s move on to 2 again.

Junk Food, Well that kind of says it all now doesn’t it so what are the other kinds of junk food besides potato chips the usual offenders are cake cookies donuts candies and fruit snacks all the things I love but a child doesn’t have a sweet tooth by nature unless you give them the tools to develop one cake and cookies should be categorized as desserts still they can cause tooth decay and cavities.

What’s the solution opt for real fruits you can cut into chunks for easy consumption now we’ll reveal the beverage that is more harmful than coffee milkshakes and soda.

Unpasteurized Milk, You didn’t see this coming did you drinking milk is good for kids because it contains calcium-vitamin D protein and other vital nutrients unpasteurized milk, however, is a different story according to the FDA unpasteurized milk contains dangerous bacteria such as salmonella E. coli and Listeria.

She likes well there you have it those are the harmful foods you should never give to kids spread the word by giving us a thumbs up and share these articles with other parents and with your kids if you’re having a hard time convincing them.