8 Warning Signs That Your Body Is Low On Essential Vitamins 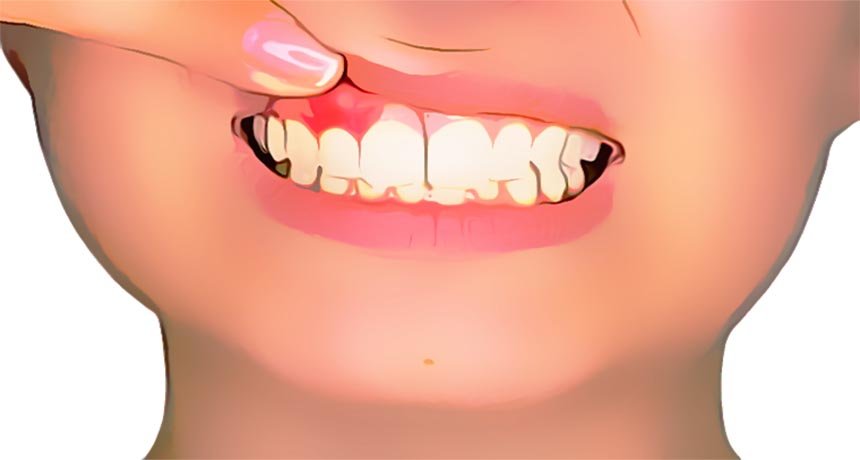 We tend to get frustrated when these symptoms occur, but this is the only way your body can communicate that you have specific vitamin or mineral deficiencies. By recognizing them, you’ll be able to rectify your diet accordingly, Of course, if you think that you may have a vitamin deficiency, it is always in your best interest to consult with a doctor first before making any change to your health care or diet.

Now, let’s analyze the top 8 ways your body is telling you that you lack essential vitamins.

One of the primary vitamin deficiencies that can cause brittle hair and nails is biotin deficiency. According to the National Academies of Sciences, Engineering, and Medicine, individuals who continuously consume raw egg whites over long periods can become biotin deficient.

One of the main reasons why consuming raw egg whites for long periods can cause biotin deficiency is because it contains the substance avidin. Avidin is a binding protein of biotin, which means when it’s consumed, it reduces biotin absorption.

One study they mentioned that was from the book Present Knowledge In Nutrition explained that adults who were consuming raw eggs for months experienced hair thinning, loss of hair, and brittle nails when they consumed too much raw egg whites.
If you have brittle hair and nails, it may also be a sign of hypothyroidism, which is a condition in which the thyroid glands cannot produce a sufficient amount of the thyroid hormone. This condition can also lead to weight gain, dry skin, paleness, and more.

Have you ever gotten a canker sore or crack on the side of your mouth?
If you have, chances are you may be suffering from low iron or vitamin B. According to one study published on PubMed, 144 patients in the United Kingdom who had the oral disease were examined in order to try and resolve the controversy of whether or not levels of hemoglobin, blood cell numbers and indices, and blood film are adequate in the screening of patients with mouth ulcers.

Although the sample was small, researchers found that patients who were suffering from mouth ulcers were twice as likely to have low iron levels. Also, a separate study that can also be found in PubMed evaluated 60 patients who had recurring mouth ulcers. They found that 28.2% of those patients were found to be deficient in at least one of the following vitamins: thiamine, riboflavin, and pyridoxine (vitamin B1, B2, and B6).

Do you think your body is showing any signs of the vitamin deficiencies shown in this video so far?
Keep watching for some even more surprising ways your body tells you that it’s low on essential vitamins!

Sometimes when you brush your teeth aggressively, you end up with bleeding gums. Other times you may have a serious case of bad oral health, but sometimes a diet that is lacking vitamin C can contribute to your bleeding gums. According to the National Institute of Health, as vitamin C deficiency progresses, collagen synthesis becomes impaired, and connective tissues in the body become weak.

This can cause several health issues to occur, which includes swollen, bleeding gums and even loosening of teeth, because of how weak the tissues have become. There are also many other causes of bleeding gums. Bleeding gums can also be caused by excess plaque buildup on teeth, which can affect the tissue surrounding the teeth.

This causes gums to become inflamed, resulting in bleeding when flossing or brushing. This can be a sign of Gingivitis, which is the first stage of gum disease. If you notice that your gums are bleeding whenever you brush or floss your teeth, consult with your dentist and your doctor. Your dentist can examine your gums and teeth to rule out gum disease, while your doctor can perform blood work and examine your overall health to see if it may be a result of low essential vitamins.

If your diet is lacking vitamin A, you may suffer from night blindness, according to an article published on PubMed.
The article elaborated by explaining that if this symptom is left untreated, it can progress and become xerophthalmia, which is a condition that can damage the cornea and can potentially lead to blindness.

If you are unfamiliar with seborrheic dermatitis, it is a common skin condition that mainly affects the scalp.
The reason this occurs is that vitamin B6 is important for new cell production. So when there is a disturbance in the cell’s ability to regenerate and replace themselves, a skin rash can occur. If you notice that you have scaly patches or dandruff, consult with your doctor to see if you have any vitamin deficiencies.

According to a study published in the British Journal of Dermatology, vitamin D deficiency has been linked to alopecia, the autoimmune condition that causes bald patches on the scalp and other areas of the body. The main purpose of the study was to evaluate the status of vitamin D in patients who had alopecia areata and the relationship between vitamin D levels and the severity of the disease.

So researchers conducted a cross-sectional study of 86 patients with alopecia areata, 44 patients with vitiligo, and 58 healthy controlled patients. The results showed that patients suffering from alopecia areata had significantly lower levels of vitamin D. The reason this happens is that the body’s immune system attacks the hair follicles.

There are many other signs of a vitamin D deficiency you should look out for if you are experiencing hair loss, this includes getting sick often, extreme fatigue and/or tiredness, back pain, depression, and muscle pain.

If you notice bald spots developing on parts of your body as well as these other symptoms, you may have a vitamin D deficiency.
There are also many common risk factors associated with a vitamin D deficiency; this includes having dark skin, being obese or severely overweight, not eating enough dairy or fish, bleeding elderly, staying indoors, or not being in the sun very often.

If you have a vitamin D deficiency, you’re not alone; it is estimated that roughly 1 billion people around the world have low levels of vitamin D.

7 White and Red Bumps On Your Skin:

According to an article published by Dove Medical Press, vitamin A deficiency has been associated with dry skin and follicular hyperkeratosis (too much keratin in the follicle). So in basic terms, a diet consisting of high intakes of vitamin A could lead to an improvement in keratosis pilaris.

The National Institute of Neurological Disorders and Stroke states that restless leg syndrome affects up to 10% of Americans, and women are twice as likely to experience it. According to an article published on PubMed, there are two possible known causes for restless leg syndrome: CNS dopaminergic abnormality and CNS iron insufficiency.

According to the article, the most reliable body indicator of body stores for iron is the serum ferritin, transferrin, and transferrin saturation, all three of those are medical values that help measure the percentage of iron, the article mentions that several studies have indicated that lower ferritin levels correlate with increased severity of RLS.
But once the iron deficiency is reduced, the symptoms improve.

If you notice that you are experiencing any of the symptoms in this article, consult with your doctor for an examination or blood test to rule out any possible health problems or vitamin deficiencies. If you aren’t sure if you’re getting enough vitamins, you should speak to your doctor or a professional nutritionist about the types of foods you should be eating for certain vitamin deficiencies.

In addition to regular doctor check-ups, you should ensure to eat a nutrient-rich diet and incorporate exercise into your daily life. What other ways does your body tell you that it is low on essential vitamins?

Let us know by commenting below!